Revived Witch is a lovely role-playing game from the producer Yostar Limited. This is a Japanese Gacha-style game with the central character of a little witch who is on a journey to regain her memories and explore the vast dangerous world. The diverse gameplay, creative combination of 2D images and 3D lighting have created extremely beautiful graphics, giving this game positive effects from the gaming community. Please join us to learn more about this interesting game right now!

One day in a dark forest, a mysterious tower appeared with powerful magic. Legend has it that the tower contains a mysterious power. Countless people entered the tower and never came back. At that time, a little witch was awakened by weird sounds. The strangest thing is that she almost lost her memory. To regain memories and fulfil her destiny, she picks up her staff, puts on her magic hat, and open the tower’s heavy door. From here, the journey to find memories and uncover the mysteries of the tower begins.

Revived Witch has a very interesting Gacha role-playing game. Players will join the little witch on a journey to regain her memories and uncover the secrets of the tower. You are not alone, but you must build a team that includes the front line and the backline. At this point, players will collect adorable but extremely powerful dolls to fight the monsters inside the tower. Battles will take place in real-time. It is like a turn-based battle but the player will have to manipulate more and observe the energy to strike accurately. After each battle, gamers will receive items for enhancing their strength or completing main quests. 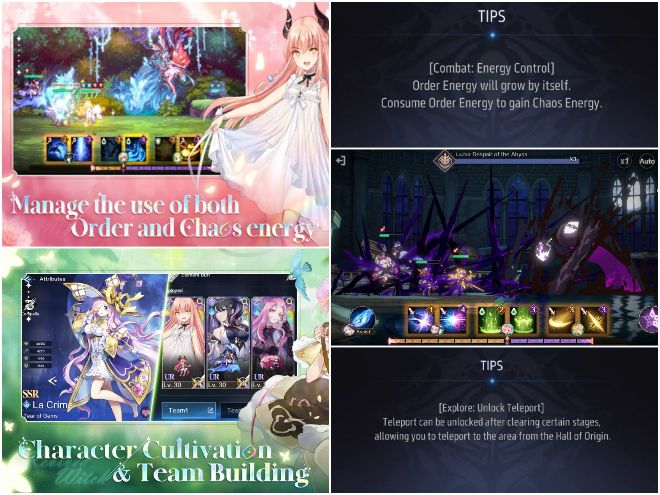 Revived Witch is not only encapsulated in mobile platforms but also goes beyond social networking platforms. Currently, this game has millions of downloads around the world and a lot of interaction comes from Twitter, Facebook or on the Yostar page only.

Revived Witch is an action role-playing game in the form of lovely graphics. Players will enjoy 2D visuals mixed with 3D lighting creatively. Many players spent the initial 10-20 minutes of the game just looking at it. Moreover, Revived Witch is also voiced by famous Japanese characters such as Ogura Yui, Yuuki Aoi and Tomatsu Haruka… to add to the realism. Besides, the sound when fighting is extremely realistic. Moreover, this game also helps you relax with melodious background music. This is a really interesting blend for a role-playing game. 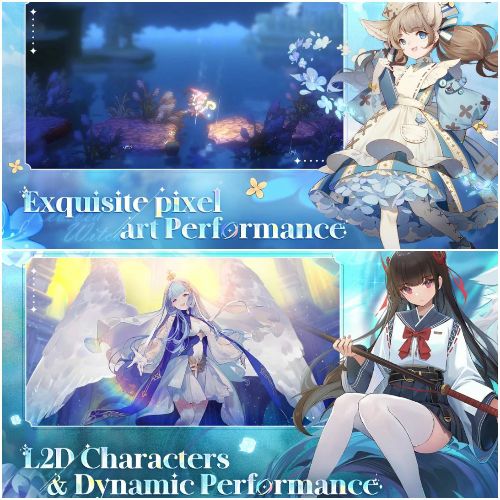 Download the free and earliest Revived Witch APK for Android

In this article, we send you the APK file of this game completely free. We will update the latest versions on this website as soon as possible. Players can download it now by following the link below. If you have any questions about Revived Witch APK, please leave a comment in this article.