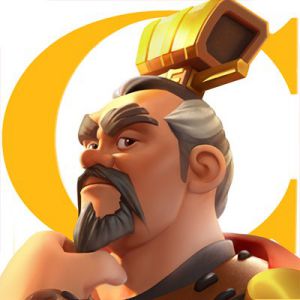 Rise Of Civilizations is an MMO strategy game which is about developing the new empire. The game is one of the greatest products from Lilith Games, which is very hot on Android at the moment. The game was designed for building a new kingdom and developing the power to protect it from being invaded. In this article, modgameapk.net would like to bring you the quality article on the gameplay and prominent features of the Rise Of Civilizations. Let’s check it out right now!

If you have ever played some popular game like The War Of Genesis or Primal Wars or Mafia City, you can easily understand the gameplay of Rise Of Civilizations. If you just play this genre for the first time, you might have a bit of difficulty because you have to pay attention to a lot of things.

In the game, your main goal is to develop the power and protect the empire from the enemies. Other players can attack your land and steal resources at any time. As a king, you are responsible for protecting this empire by recruiting soldiers, commanding and upgrading buildings. Of course, you also need to lead the army to attack the others’ kingdoms to occupy their resources. In short, to increase the empire’s power, you have to train soldiers, upgrade buildings/equipment and the strength of your army.

The remarkable things of the Rise Of Civilizations

In the game, the commander takes on the task of leading military units in battle. You can control and assist your soldiers with skills, buffs and talents. Whether chasing the enemy, occupying the base or playing the game at the adventure mode, you can change the commander before you fight.

At the lower left corner of the main screen, gamers can tap the Menu button and select commander. Then, on the left corner of on the next screen, you can check the total commanders you have. If the commander has good leadership skills, that character can grant strong buffs to soldiers.

How to recruit a good commander: To get a good commander, you can go to City View => check the equipment => touch the search/recruit icon => open the boxes including silver & gold. High-quality items or commanders may appear in the gold box. Feel free to open the silver box after a certain period of time, which can give you items like speed boosts, EXP or Sculpture book (need to level up stars or upgrade command skills) and generals.

Rise Of Civilization has similar gameplay to other MMO strategy games. Each time you upgrade, you will earn the ability points. They can be used to activate the commander’s ability. In which, you can go to Commander screen => select command => click Talent button. On the next screen, you will see the Talent tree, which you can tap the Talent icon to upgrade or activate it. When touching this icon, you will get detailed information about the buffs. Please read it carefully before using the Talent points.

Each commander has 4 skills. You can unlock new skills by levelling up stars or upgrading skills with Sculpture. In this section, you can go to Commander menu=> select Commander => Skills => Upgrade. You can find Sculpture in the box or complete the challenge in Expedition mode.

Rise Of Civilizations includes 11 different types of commanders as below:

Rise Of Civilizations has 2 types of buildings: economic and military, including:

Above are the things that players need to pay special attention to in Rise Of Civilizations. In addition, you can refer to the article “The necessary strategies for playing Rise of Civilization” to get used to this game quickly. 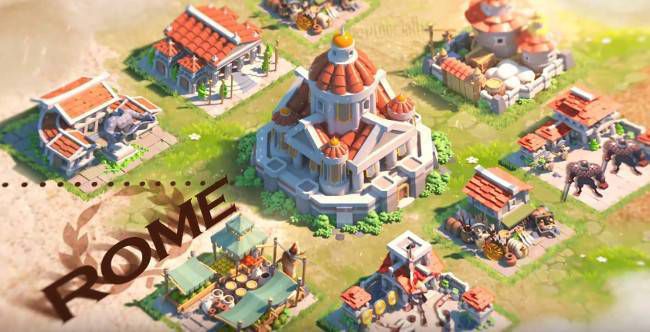 The updates of Rise of Civilization APK:

Events in the kingdoms

Every lost Kingdom season will be a long-term competition between many kingdoms that last more than two months. The Lost Kingdom event will gradually be opened to all kingdoms after the update. All governors and alliances will be able to participate in these events. Some of these events will even allow governors to exchange their unused commanding sculptures to receive rewards or event points.

After completing the missions, you can earn a lot of achievements and win special rewards. It is for your performance, military skills. Besides, all the achievements will be saved that you can share it with your friends.

Finally, you will be able to play with friends from other Kingdoms.

Governors that meet certain requirements will now be able to use special items to migrate to other kingdoms. The king will be able to set limits on the maximum power of immigrants. Some commanders may be temporarily restricted after migrating to a new kingdom.

To use the transfer function, you need to meet the requirements below:

To make the game more vivid and improve the strategic feature of the game, the manufacturer optimized the current unlimited troop movement system in the Ark of Osiris and Expedition mode, which are available worldwide. Besides, we added functionality to allow governors to direct all of their armies simultaneously.

In addition to the above features, Rise of Civilization has 11 civilizations, 34 heroes and exciting real-time battles in many different maps. In order to have a strong kingdom as well as avoid being defeated, you should focus on upgrade the important houses like cavalry or infantry. City walls are also one of the important things to protect your country.

Rise of Civilization is a great game, which will give you the best strategy gaming experience. Let’s download and enjoy the game right now! If you have any question about the game, please leave a comment below. Do not forget to visit our website regularly for more interesting games and apps! Thanks and have a fun game!