Shadowgun War Games APK is a great game from the developer MADIFINGER Games, which is considered an Overwatch mobile version. The game has surprised gamers when it was launched for free. For those do not know, Overwatch is an interesting game that combines two fascinating game genres, MOBA and shooter (or the hero shooter). Besides, when Blizzard has not had the plan to bring Overwatch to mobile, Shadowgun War Games APK will temporarily be a replacement. Also, Madfinger Games is the most popular game developer on the mobile game platform. It has helped build the FPS genre on the mobile platform more powerful than ever when creating famous games like Dead Trigger 2, Unkills and other Shadowgun games. Please join us to check out the game right now! 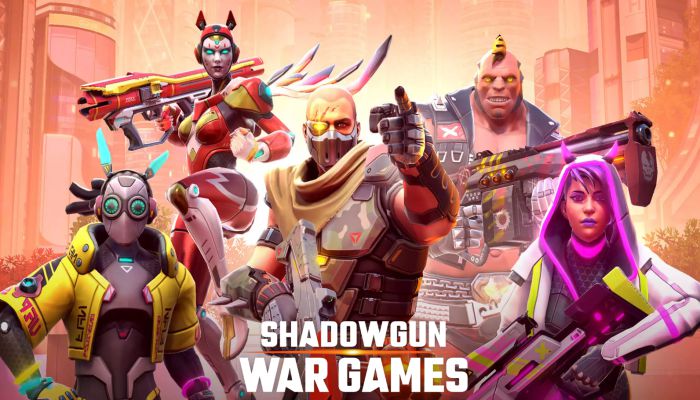 If you have ever played the game Overwatch on PC, readers will certainly feel familiar with the 5v5 gameplay of Shadowgun War Games APK. Ao far, each character (there are 5 characters) has its unique abilities and different way of bullet reloading. They are: Sara – supporting role; Jet – an attacker; Earnant – plays the role of Tank; Willow is a long-range attacker; Slade is a standard soldier. Some characters can shoot faster, deal more damage or more blood, which makes Shadowgun War Games different from current FPS mobile games.Also, there are 3 characters right from the beginning of the game, and the other two characters for you to unlock corresponds the rankings.

To increase the rank, you need to play and win the decisive match. There is also a classic battle for you to get rewards specializing in skin costumes and weapons. Besides, the game will also have regular updates to add more choices and enrich the PvP experience. Some aspects were revealed such as the appearance of new heroes, game modes, events, skins and new emoticons. 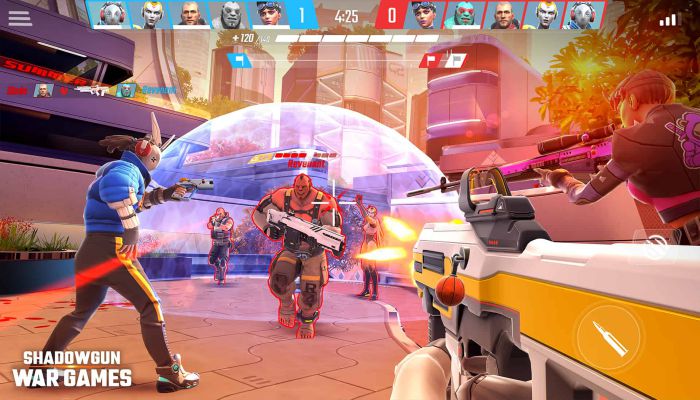 In Shadowgun War Games APK, there are two basic game modes, including Team Deathmatch and Capture The Flag. They require players to have good teamwork to win, not simply shoot or win. Most of the typical game modes in the traditional shooters are available in MADFINGER games. 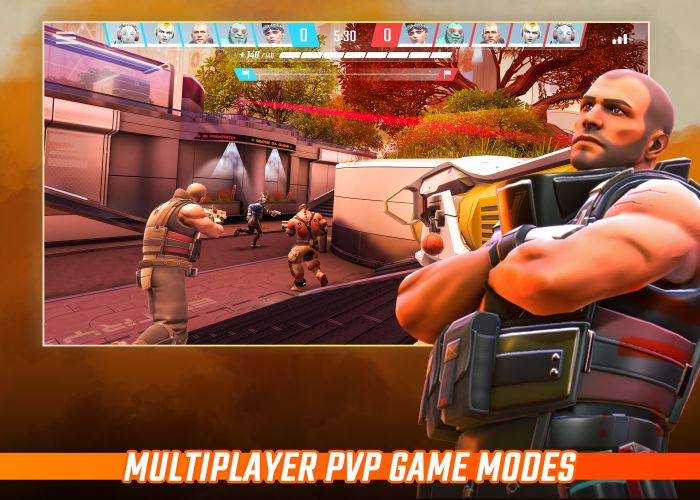 In terms of graphics, Madfinger is always famous for its beautiful and bright products. Shadowgun War Games APK is such a game. The game will bring the most detailed visual effects for users to enjoy. Also, Shadowgun War Games APK supports gamers to play on the 90Hz screen. It is extremely smooth for almost smartphones. According to TapTap, this game received a relatively high score. 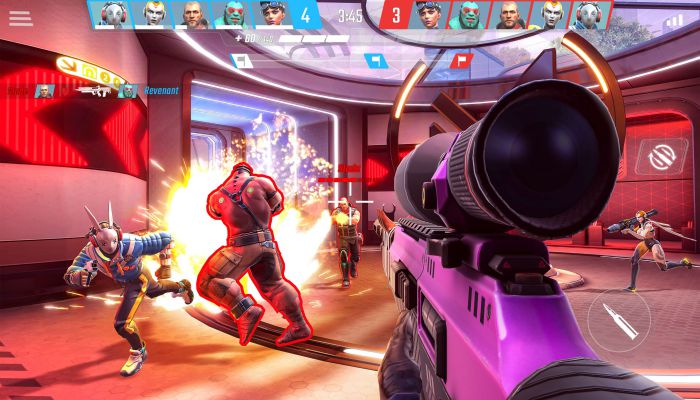 In general, Shadowgun War Games APK is the most anticipated mobile game title in early 2020 with new gameplay, diverse advanced features. Besides, this game has a great influence on the gaming market when it can compare to Overwacth. At the moment, Shadowgun War Games APK has officially been released on the major application markets in the world such as CH Play, App Store, Tap Tap… Also, gamers can simply download it for free at the link below.