The Chinese gaming market has just had a remarkable MOBA game product, Shining Arena, which is available on mobile platforms. The game was developed by Shining Studio and released exclusively in China in September. The test version on the international market of this game will be released in October. Let’s modgameapk.net check out this great game right now!

Shining Arena is a MOBA game with familiar fighting gameplay. However, the remarkable thing here is that the game does not have soldiers like other MOBA games. Instead, it focuses on fighting and showing skills between characters. In the game, players will focus on fighting 4v4. After destroying a certain number of enemies, you will level up. Within a certain amount of time, each side has to try to get crystals and kill as many dragons as possible. When the game is over, which side collects more crystals will win. Besides, the game still has jungle monsters for you and your teammates to coordinate to win unique buffs for your team. Instead of having one soldier in each place, Shining Arena requires you to go with your teammates for the best advantage. 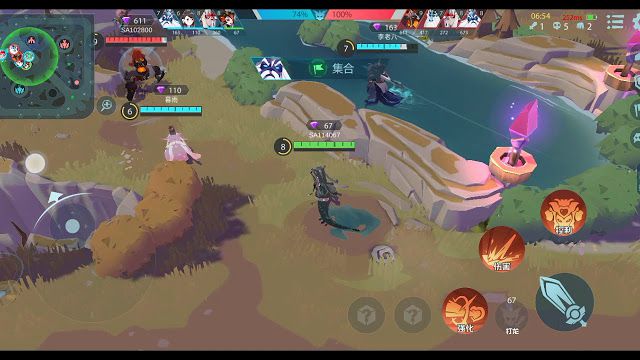 It can be said that the character system is the most prominent feature of Shining Arena. It brings extremely different characters from many cultures in the world, from the East to the West. You may come across characters from Chinese mythology such as Wu Kong, etc. If you love the ancient Roman warriors, the gods on Mount Olympus (Zeus, Hera, Poseidon, Demeter, Athena, Hestia, Apollo, Artemis, Ares …) are the good choice for your game.

In addition, each character has a different skill. Players need to make the most of this if they want to get high position on the ranking board. As far as we know, the tactics and usage of the characters are quite similar to Mobile Garena. So you can easily get used to it. Moreover, each character will have a unique costume system. With cute cartoon graphics, the costumes will bring a lot of interesting features to the players. This is also the reason why the game attracts gamers a lot. 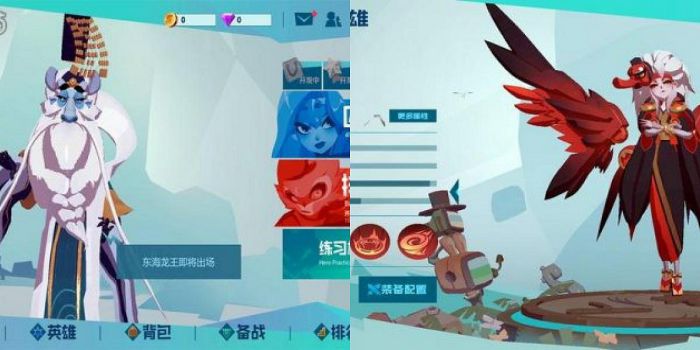 Like other Moba games on the market today, Shining Arena also has a huge equipment system. It is divided into 3 parts including Weapons, armour, and auxiliary equipment. Weapons will most likely increase the attack power, increase the fighting ability for the character. Armour will help your character increase stamina and survive longer in combat. Auxiliary equipment such as potions, mana potions or spells help gamers increase stamina, shorten the cooldown and increase a small amount of damage.

Currently, in this beta version, Shining Arena has a single game mode, PvP 4v4. But after the official version is released, the developer will add the new ones like mini map mode, 5v5 duel… Now, let’s go back to 4v4 mode. In this mode, you and 3 other players will form a team. Your task is to collect monsters with your teammates, level up, upgrade equipment and defeat the enemy. Since the game has no soldiers, you only need to fight.

Although the beta version has just been released and not yet completed, we can see the graphics feature quite clear. They are bright and clear colours, suitable for the context and make a good impression for the players. The characters are designed beautifully. Besides, the female characters are still retaining the lovely and sexy appearance. This features would attract players the most.