Stick Fight: The Game was a famous game, allowing players to participate in extremely funny stick characters battles. Recently, its mobile version has been released by NetEase. However, it is now in a free trial period for all players to download and play. This online fighting game is designed based on the real physical mechanism with the classic stickman, promises to bring players the best gaming experience. Let’s find it out right now! 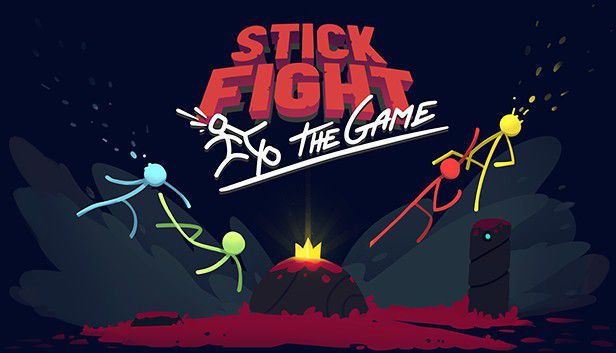 The simple but interesting gameplay

In Stick Fight: The Game, the gameplay is quite simple when you have to control the Stickman character to fight others with the support of diverse weapon collection. The ultimate goal is to survive to the end of the battle or destroy all opponents to win the game. Besides, the game brings you a lot of funny situation when players can pick up a grenade launcher or modern weapons to destroy the enemy. 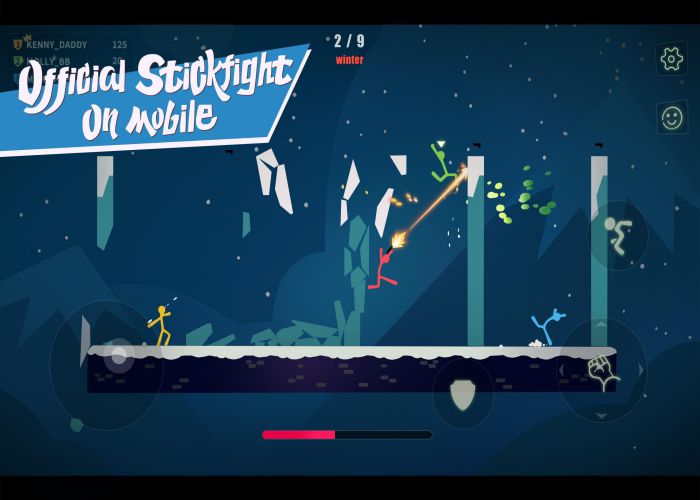 In addition to the impressive physical system, the stickman characters are designed with very humorous movements. It makes sure you and your friends will have a lot of wave of laughter when playing the game.

Besides, you can control your stickman to fight and conquer many fascinating maps like the jungle, lava… The map collection is up to 100, which surely make you interested in. In addition, there are many game challenges including Ice, Forest, Lava, Western, Desert, Lazer and Castle corresponding to different game environments.

Ice table: In this stage, the terrain mainly consists of ice or rock, making advantage for characters to slide and destroy enemies with guns or throw knives at close range (melee combat).

Forest: The stage in the forest is nothing special except the appearance of bushes and trees, allowing players to hide and attack the enemies. The tree will be distributed equally across the game screen.

Lava: In this stage, the foundation is made of stone and contains quite dangerous eruptions of lava. Besides, there are many statues can spray lava, water flows slowly when players stand up there. Also, it contains a lot of spiky pallets that players need to shoot to break them.

Old Western: This stage is placed on the high roof, with a barrier that can explode if being shot or hit.

Desert: The table is made up of large barrels, which can be moved as the players’ will, ammunition and snakes.

Lazer: The table consists of a black and white mobile background as well as a one-shot laser. If you are lucky enough, you will lose very little HP in this table.

Castle: This table is a combination of rock, spiky pallets and trees. 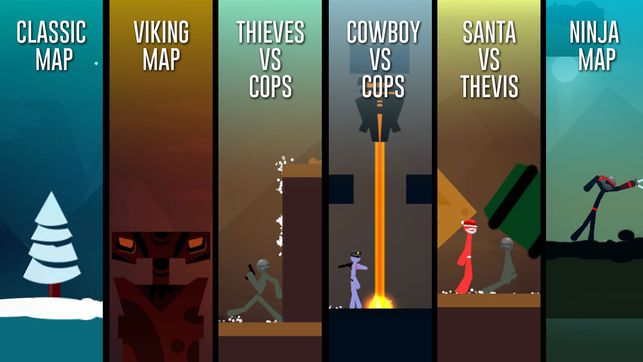 Stick Fight: The Game is the first game released on Steam. For those who have played this game before, you do not need to worry because the mobile version will be optimized to match the mobile screen as on the PC version. Besides, it provides you with the multiplayer mode of 2 – 4 people, in which you can invite your friends and fight. Also, you will be fighting against random friends or characters in the world for the top position on the rankings board. In addition, the game also has an offline play mode to fight AI for getting used to the gameplay or relax.

Stick Fight: The Game is a great game, which gives players the best gaming feeling. Besides, it is also a perfect choice for those who love stick game genre with simple graphics but high entertainment. Let’s download and enjoy the game right now! Thanks and have fun!