Spider Stickman Fighting APK MOD is a funny and quite crazy stickman fighting game. It is from the developer iZoko Studio. This game is a fun form of the action game with a hilarious character and gameplay. It can make you laugh every time you play it. With simple controls, you can perform dangerous actions to defeat your opponent. Also, you can try to create many nice action scenes to get more bonuses to unlock in-game items. Let’s start checking the game right now! 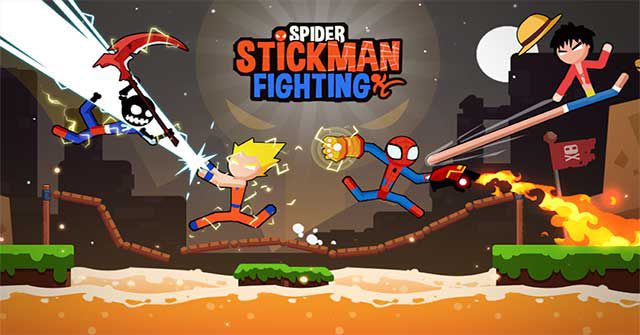 Spider Stickman Fighting APK MOD will throw you into the dramatic solo match on a dangerous battlefield. Your task is to choose the hero you like and smash the enemies. In the game, the control mechanism is quite simple. Players just need to slide a finger on the screen and the character will follow the finger’s direction. In addition to the traditional storyline mode, Spider Stickman Fighting APK MOD also has a dual-player mode, where you can challenge your friends or other players in the world. 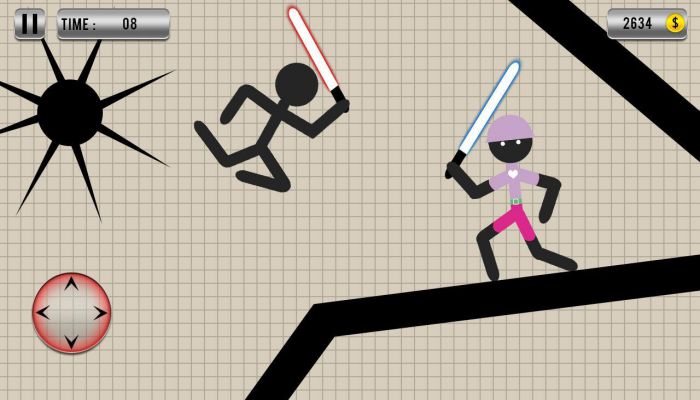 Like many other action games, Spider Stickman Fighting APK MOD also has a huge system of characters, equipment, and weapons. There are dozens of heroes for you to choose from such as Shadow Stickman, Bad Stickman, Iron Stickman, Spider Stickman… They all have a nice and funny design and skills.

Besides, Spider Stickman Fighting has a huge system of equipment and weapons. I can count up to 50 types of weapons including Guns, laser swords, Japanese swords, hammers… and a lot of shields such as shields, armo… Also, the game regularly holds the events, which is a chance for you to receive more rewards. 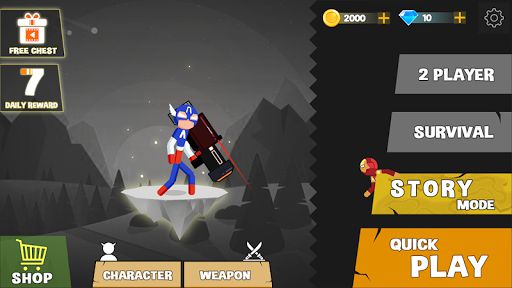 Unlike some other Stickman games, graphics investments are quite limited. Spider Stickman Fighting has a very carefully invested graphics system. It has a large map system with diverse terrains and weather features, which can be mentioned as cave terrain, ice mountains, sandy beaches or even jungle. Besides the beautiful graphics, Spider Stickman Fighting has exclusive music and sound system. It is also a highlight of the game. 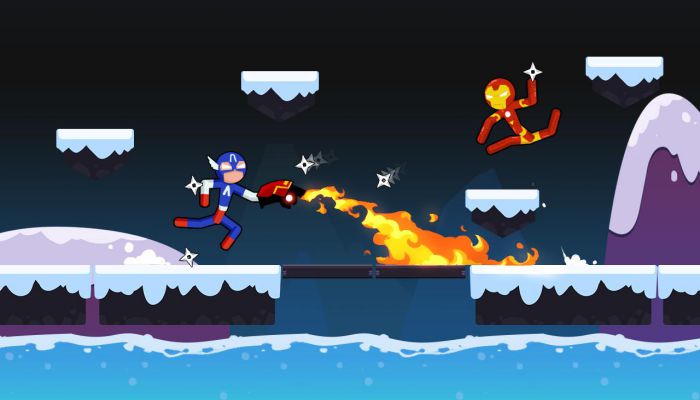 Because it’s a new game, Spider Stickman Fighting contains a lot of ads. Players can watch them to get more money and items. However, the ads also cause you a lot of annoyance. All of these problems can be solved with Spider Stickman Fighting APK (MOD No Ads/Unlocked), which allows you to remove annoying ads and unlock all equipment, weapons and characters in the game.

Readers can download the game at the link below. Do not forget to visit our website regularly for more interesting posts! Thanks and have fun!