Talking Tom Hero Dash (or Talking Tom: The Chase of Heroes) is a new game from Outfit7 Limited. It is still inspired by the theme of the famous Tomcat. As an endless running game similar to Temple Run 2, Smashing Rush or Subway Surfers, the game promises to bring great entertainment moments to the gamers. 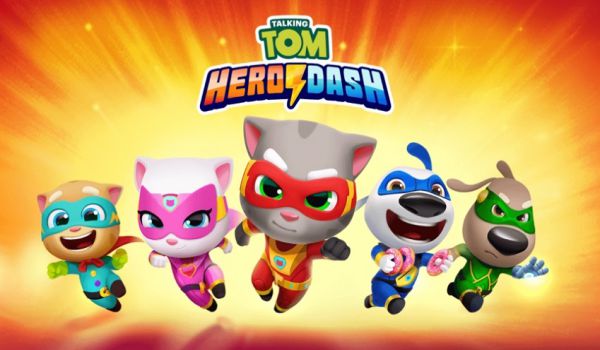 A group of raccoons is planning to destroy the world. Therefore, Tom and his friends who are currently wearing robes and possessing superhero power appear to end the chaos and save the people.

The mission in Talking Tom Hero Dash will take you around the world, to all the beautiful places, from the busy streets of New York City to the arid desert in ancient Egypt. Along the way, you will have to fight a lot of bad guys, avoid strange disasters and discover many exciting spoils.

Besides, you have to run to overcome obstacles and collect gold coins. In addition, gamers can fight pandas to get valuable rewards. After winning pandas, you can unlock more new characters. 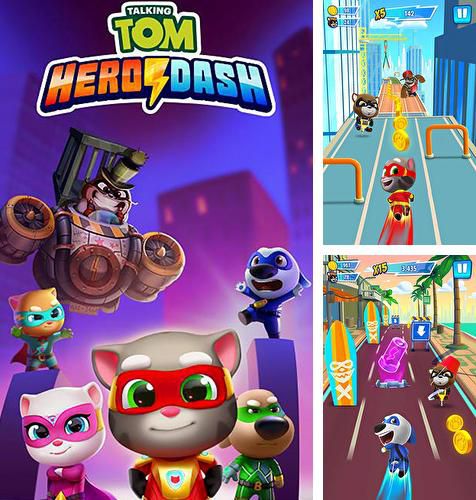 Talking Tom, Talking Angela and their friends will play the role of the super heroes who hold the destiny of humanity. They all possess amazing super powers that you can use to win the game. 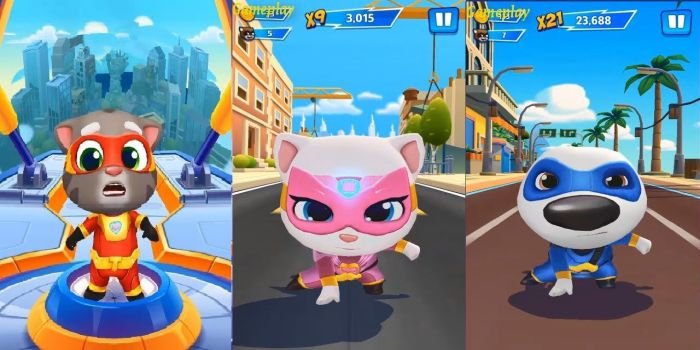 In order to prevent the evil plot of the raccoons, you have to destroy all dangerous components. During the game, you can use your skills and superpowers to wipe out all the troublemakers by hitting them. After destroying them, you can complete the mission and expand the new content of Talking Tom Hero Dash.

Besides destroying the army of the raccoon, you also have the task of collecting gold coins when they drop out as well as have to avoid obstacles. 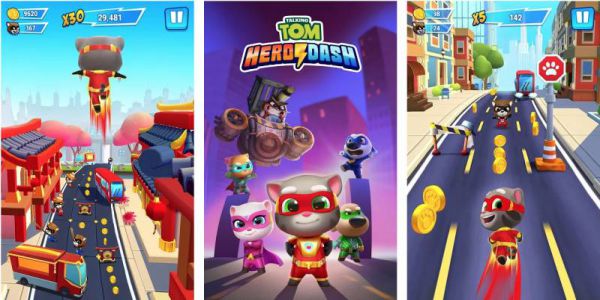 Win the boss fight and other events

Tom’s friends are being caught by the bad raccoons on the spaceship. There is no other way to rescue them immediately but to fight. In the fight with the raccoon boss, you must defeat him. Otherwise, you cannot free your friends as well as cannot unlock new superheroes.

In addition, the holidays of the year such as Christmas or Halloween, Talking Tom Hero Dash have special events for players to experience. Participating in these activities will help you own many high-end items like superpowers for superheroes, new outfits or experience unique stages that are only in the events. If you don’t have time to play regularly, the event is a time you cannot miss.

Run through the wonderful worlds

The raccoon army is destroying and polluting the world. The player’s task is to evict them all and rebuild the beauty of the cities. To accomplish this, players must chase them through many places such as New York, the arid desert of Egypt, the skyscrapers of Dubai. When each location has been restored, it is time for you to face the boss. In which, you have to defeat him and move to the next world.

Talking Tom Hero Dash has impressive graphics with beautiful 3D images and many different screens. However, it still retains the inherent bright features of the game. The image of Tomcat is preserved with an innocent, mischievous image. Besides, the sound of the game is very intuitive and lovely throughout the journey. It definitely brings you the best gaming experience. 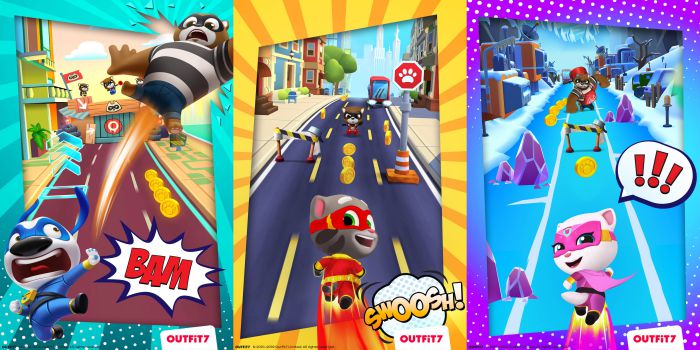 Overall, this is a good and highly entertaining android game mod with highly entertaining characteristics.  In this post, modgameapk.net would like to give you Talking Tom Hero Dash MOD APK (Unlimited Money) with many great editing features. If you love Tomcat and this endless run game genre, let’s download the game right now. Thanks and have a fun game!