In the previous post, we have just introduced you to the game Shootout 3D, which is an interesting coordinates shooter game with simple gameplay and cute graphics. However, when mentioning this game genre, we cannot ignore a very famous game, Tank Stars from the publisher Playgendary. This game allows players to control the most modern tanks in World War II, participating in battle and destroy all opponents. The battlefield is very overwhelming. Currently, the game is available on both iOS and Android platforms. You can download it for free. In the article, modgameapk.net will give you all the information about the game as well as provide the link to download and install the game for free. Let’s find it out right now! 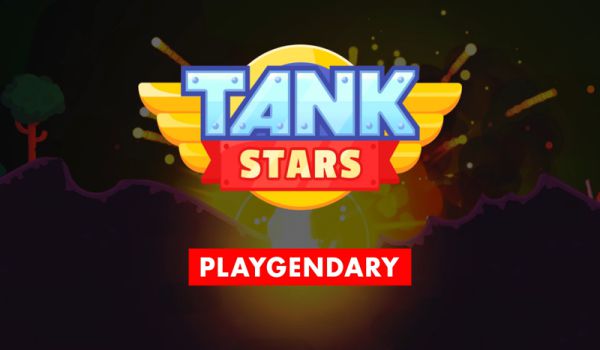 In Tank Stars, the gameplay is quite easy to understand. You have to control your tank to fight other tanks on a battlefield, where victory is only for the most talented players. This game has turn-based gameplay. When it’s your turn, you can adjust the force and direction of the tank then shoot to destroy the enemy. It will be dangerous if you miss your turn because the opponent will have a chance to destroy you. In the game, there are many kinds of bullets that you can use. In addition to regular bullets, you can activate missiles to attack enemies. However, this feature is only used once in every match, so you should consider using it when it is necessary. Your mission is simple: destroy all enemies to win. It sounds simple but you will face many difficulties from smart enemies. However, the simple gameplay makes it easy to manipulate on the small screen of a phone. Therefore, it does not make you stressed in controlling your tank.

In the game, players will experience the most advanced combat machines in World War II. Besides, you can unlock different types of tanks with a lot of appearances. Also, the arsenal of the game is very diverse with many kinds of bullets such as magic, thermonuclear bombs, nuclear bombs… They will make you feel excited. In addition, you can upgrade your tanks to make them stronger and better defended against enemy attacks.

However, it needs you to spend a lot of money to upgrade your tank. Do not worry! We would like to bring you the modified version of the game named Tank Stars MOD APK (Money), which will provide you with a lot of money to freely upgrade the tanks and weapons. 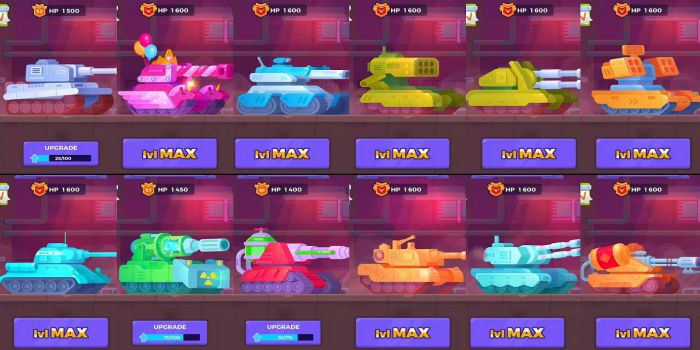 First, it is Offline mode. In this mode, you must fight the tanks controlled by the AI. They can shoot very accurately so you are not allowed to miss any turn. This is a mode that helps you practice your abilities. Moreover, when playing this mode, you will earn a lot of money as well as have the opportunity to unlock many types of tanks.

Second, Online mode: In this mode, you can challenge any player around the world, defeat them and reach the highest position on the rankings board. 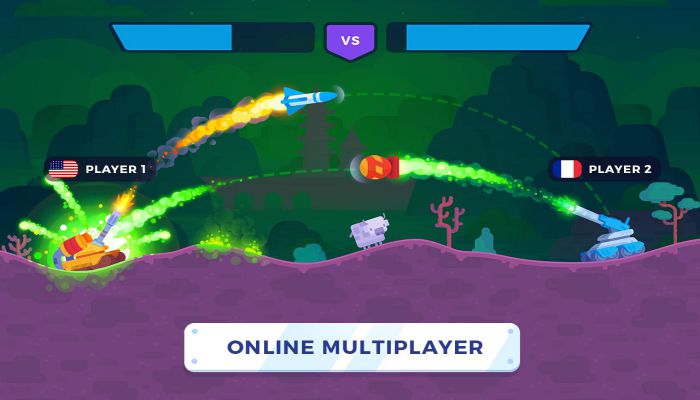 The attraction that Tank Stars brings to players is the colourful 2D graphics and design, combined with the spectacular effect. In the game, the images are designed in a very funny and lovely cartoon style. Besides, the simple control mechanism is also a plus.

With the common characteristics of the coordinates shooter, Tank Stars is an extremely interesting game. It does not require too much skill and operation but still makes the game intensive. Besides, the game has a lot of improvements in the angle of firing, strategy, interaction and diverse arsenal. It will bring you the best shooting experience. Tank Stars mod apk will be one of the greatest entertainment games this summer. Let’s download and enjoy the game right now! If you have any questions about the game, please leave a comment below. Do not forget to visit our website regularly for more interesting games and apps! Thanks and have a fun game!

Fixed Bug and Optimized the performance