The Game is Bugged MOD APK (Unlimited Rubies) is a great idle role-playing game from the Korean producer Malgames. This is exactly what gamers need in the boring days of the Covid-19 pandemic. It is built on an interesting storyline about a company specializing in game production. Besides, its graphics are also very lovely, especially the characters’ design. In general, we cannot criticize this game at any point. Follow this article to know more about “The Game is Bugged” right here!

Overview of the story and gameplay

As mentioned above, The Game is Bugged MOD APK (Unlimited Rubies) is an interesting game with an interesting storyline. On a fine day, your company’s big game crashed and couldn’t be played in the usual way. Your boss went crazy and called the developer to ask for clarification. However, upon seeing him, everyone understood why the game crashed because he works while tied hands. That means he typed the keyboard with his feet. Oh My god! When everyone was unsure what to do, you came up with a crazy plan that is getting into the game and fixing it from the inside. In the game, you are named Ulrik S. Blitz (USB). Thanks to the USB finger, you turn into a resilient warrior, fighting all kinds of bugs in the form of monsters to remove them for boss Kim. 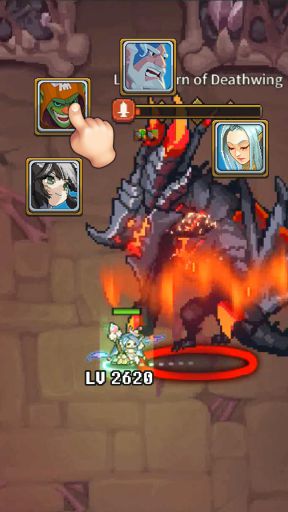 In the game development company Mabuland, we have the following characters:

– Management Dev Loper: The main culprit behind the bugs. Rumour has it that he developed it using his feet.

– Employee Ulrik S. Blitz (USB): Has the mysterious ability to enter the game via a USB port. This is the main character, who gets into the game to fight all kinds of bugs in the form of monsters. 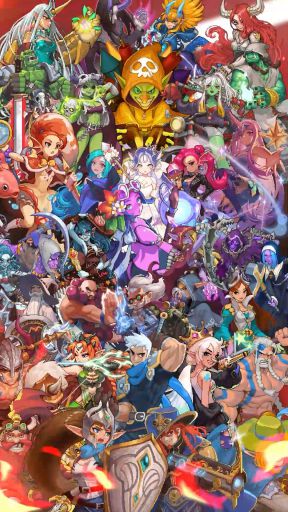 In the game, you can team up with other players and fight powerful monsters to get many delicious items. Here are a few “tips” for the team battle:

To be able to survive through a raid, my team must have a bit of a brain. We can divide the team into team physics and team magic like almost all of the game’s Meta PVE:

– Team physics: Mainly tank character (2 characters with passive skill add% max hp to all teammates like Michael, Tomlin or minimize attack, like Jex.): Ashe, Tomlin, Haphael, Michael, Moong (We don’t recommend this baldy man, Moong because his blood is quite less. Besides, you can give Haphael some tanks to survive and recover for the rest of the team like a keyboard, crown, Cubic Ring. Also, the supporter can minimize attacks such as Skill 2 Hard Suit, Skill 2 Luna or increase attacks like Skill 2 Gnaz, Skill 2 Gnaz. During the raid, let Ashe basic attacks by disabling the auto attack and target the boss as stated in the discord. If you see your hp and the opponent’s HP are almost equal, you can do a few more times of the skill that is located first from the right to left.

– Team magic (Team magic): because I do not play team magic, it may not be very deep, but it still happens for you guys. Teams can include Jex, Luna, Otics, Eggnoil and Haphael, along with supporter character skills like team physics like Skill 2nd of Gnaz, Skill 2nd of Hard Suit to reduce enemy attack or increase attack like Skill 3rd of Moong, Skill 2nd of Echo, Skill 2nd of Jazz.

There are many more interesting things that you should explore by yourself! Having fun!