The Greedy Cave 2: Time Gate for Android is a great puzzle adventure RPG with Roguelike style. However, it is not only a simple role-playing game but the game will also take you into a dangerous dungeon searching for fascinating treasures. In which, you will face a lot of difficult puzzles. Moreover, The Greedy Cave 2: Time Gate successfully portrays an adventurous mythical world for you to explore and conquer. 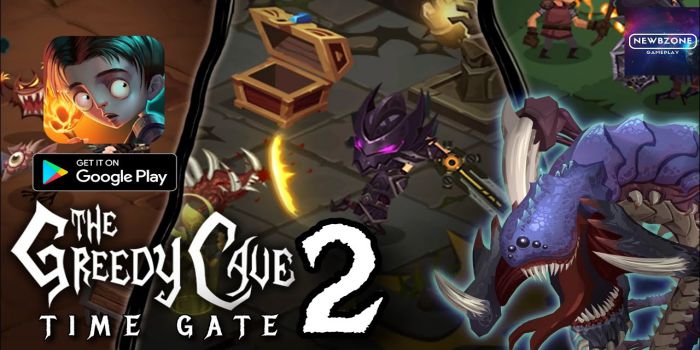 At present, you can search through the history of the Sothoth continent at all national libraries if you can. However, there is only one set of documents with information about the ancient disaster that historians have named it Gold Rush. The story began in a cave filled with magic and revolves around the sudden discovery of the hidden treasure. Explorers came with their own goals. This unprecedented rush of adventure made many kingdoms prosper, while others became exhausted and faded. That changed in the geopolitical context of the world.

However, it is not too late for people to discover the truth. When the conspiracy was revealed, the evil army from the underworld raised. The gods were angry because both heaven and earth lost their colour. The war quickly spread to every corner of the land.

In The Greedy Cave 2: Time Gate, your main task is to explore the mysterious caves containing not only fascinating treasures but also countless traps and dangerous monsters waiting for. The players will start with a basic sword and armour. They would quickly be replaced by the items found. During the adventure of exploring the treasure, players have to go through many unexpected questions. Besides, solving them also emphasize the role of gamers in this game – an explorer who never back down. Also, you have to follow the call of famous caves and try your best to discover the mystery. 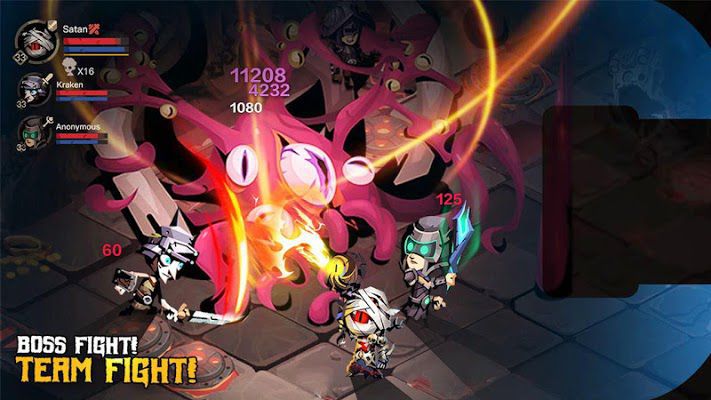 To achieve good spoils, you need to know how to upgrade your skills, weapons and equipment. When you level up, you have access to skill points and distributing them logically. It will help you have more power and better stats for dealing with dangerous monsters. The skills are divided into skills for long-range weapons ( for more arm damage), shields and swords (balance between attack and defence) or spells to learn more powerful spells. This is also the familiar characters class division of role-playing games. However, it is much simpler when you can change the play style easily instead of playing the same character all the time. Therefore, players need to be careful to give reasonable strategies to win the game. Besides, players can take advantage and power of different weapons and special skills from characters to destroy strong monsters in the cave. The game also has a deep and extremely detailed character customization system for more interesting gaming experience.

In The Greedy Cave 2: Time Gate, the characters and landscapes are designed in a unique gothic art style with a top-down perspective. The controls are quite simple. In the game, you just need to click on a cell to move your character to it and click on the objects on the screen to interact with them. More specifically, each land you explore will be constantly changed so that no one plays like any other time. In the cave, you have to choose to fight with many different creatures to find scattered treasure. However, remember not to be too greedy because you will lose everything if you die and have to start with nothing again. This is the Roguelike element that creates the appeal of this game genre. 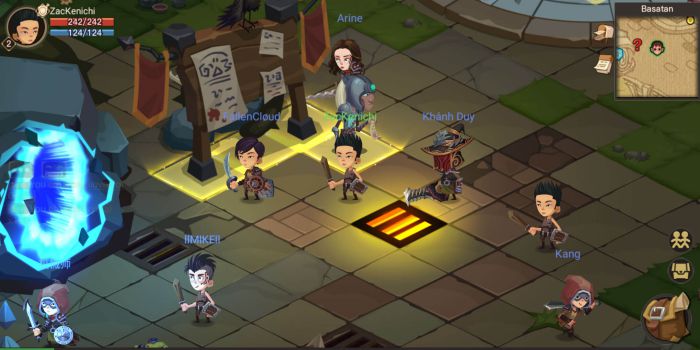 The Greedy Cave 2: Time Gate is definitely a great game, which combines a lot of interesting game genres in the world today. Besides, it has just been released a test version on iOS and Android. However, Android players can download it on Google Play. In addition, we provide you with The Greedy Cave 2: Time Gate APK 1.6.7 [Mod Money] for free in this article. It will give you more advanced features than in the original version. Let’s download and enjoy the game right now! Thanks and have a fun game!