The World 3: Rise of Demon is a great role-playing game on Android OS, which was released by Good Games LLC publisher. Although the game has been for a long time, it is still popular and loved by many people thanks to a diverse system of skill and beautiful effects. 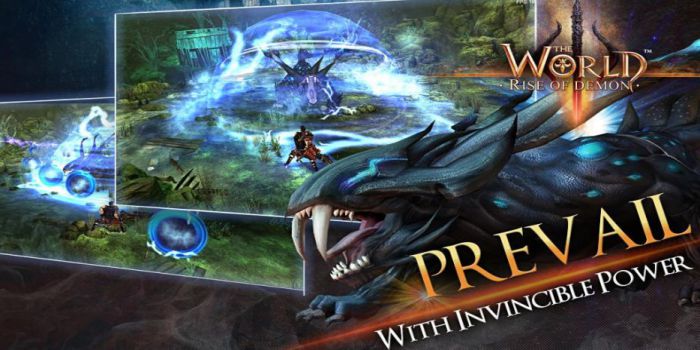 How to play The World 3: Rise of Demon

The World 3 is the next version to inherit the entire gameplay of the famous game series, The Word. In the game, right after starting, the player will transform into a master with extraordinary power and skills. In which, your mission is to help him conquer lands that are being invaded by monsters. You will have many supports from diverse weapons. In The World 3: Rise of Demon, players will have to deal with countless strong monsters. They can unexpectedly approach you from behind and launch the critical attacks.

In addition, the transformation system of the game was enhanced to the higher level in combat, in which it can transform characters into superhuman fighting machines. The World 3 brings a gloomy and spooky atmosphere, which is suitable for gamers to enjoy the fights of the game. 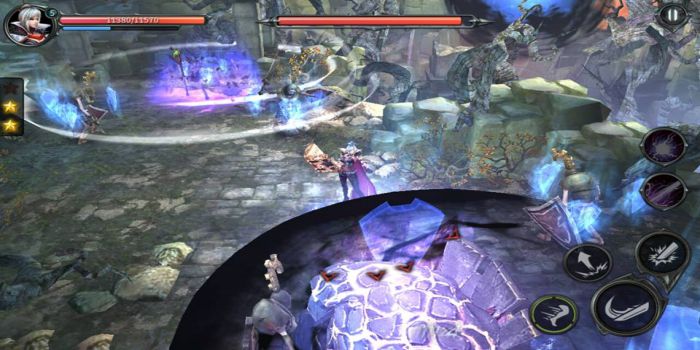 The key features of The World 3: Rise of Demon

To provide a truly adventurous experience, The World 3: Rise of Demon brings a unique battle system called Combo Break. With this feature, players can both defend and attack, as well as escape from the enemies when the blood runs out. Moreover, gamers can combine multiple skills to create great damage to the enemy.

In addition to the action elements, The World 3: Rise of Demon also requires players to participate in solving puzzles. This is also improved attention compared to The World 2. Besides, there are many side quests for the players to perform such as protecting VIP from the monsters’ attack, finding resources or rescuing. In such missions, the player has nothing but listen to the instructions to complete.

Besides, The World 3: Rise of Demon also has a diverse arsenal, in which they are swords or giant blades. The player will easily control the game with intuitive control keys. Also, it is an unlimited time to play. The more you play, the more you can kill as well as receive more money to upgrade your equipment. In the game, it regularly updated the scoreboard and new features. 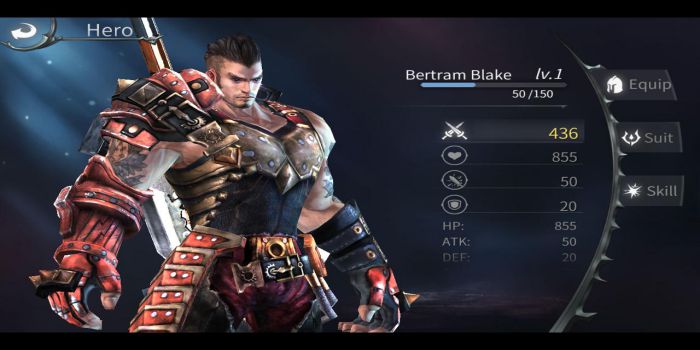 Furthermore, the game has beautiful graphics and designs.

In which, players can see the design of characters or monsters and battle scenes are extremely vivid. Besides, the background is very colourful but brings players the comfort for a long playing time. We can say that The World 3 is not only a fighting game but it also an entertainment game. You will feel like you are watching movies when playing this game. 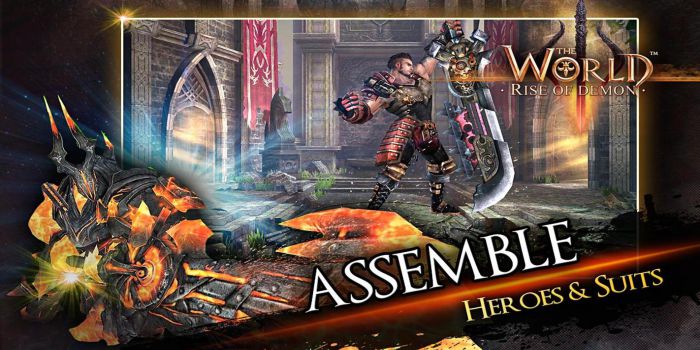 In this post, we would like to give you a specially modified version of the game named The World 3: Rise of Demon v1.28 Apk Mod (Mega Mod). In addition to the normal features, this version brings the players more mod features. Please refer to the extra features and requirements of this version as below: 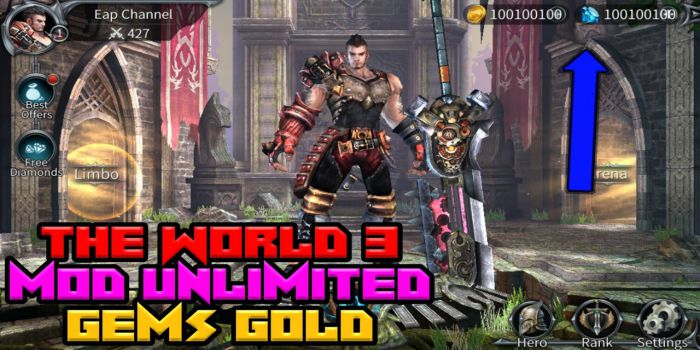 The World 3: Rise of Demon is the perfect choice for fans of role-playing games on mobile. The game has a lot of improvements and advantages both in terms of gameplay and graphic design. In which, the players feel like watching a famous action movie right on mobile. With The World 3: Rise of Demon Apk Mod below, we hope to please all gamers with the best gaming experience.