World of Warships Blitz is a great game that is quite picky by players because of its high authenticity. However, once you get used to it, you will be addicted. When participating in great naval battles in the game, there are many points that gamers should pay attention to if they do not want to be silly lost the game. Today, modgameapk.net would like to give you some tips to be able to fight and win in World of Warships Blitz.

At the beginning of the game, there will probably be many players who pay attention to this feature that will often shoot with a fresh mind. If you look carefully, you will easily discover a much more effective way of aiming in World of Warships Blitz. In which, you just swipe the roller of the computer mouse up then you can switch into viewfinder mode. At this point, you will be able to see the enemy more clearly, while also aiming to shoot more accurately. To switch to the default external viewfinder, gamers just press Shift. 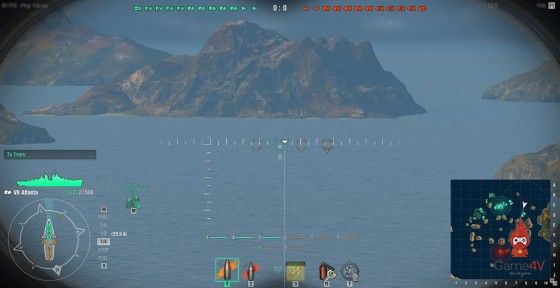 In addition, you also need to learn how to shoot in a forward-looking manner because the distance between you and the enemy is quite far. It will take time to reach the enemy ship. Therefore, this is the best way to destroy the enemy. This method applies to both normal and torpedo bullets. You should remember to keep your focus on the same level as the enemy ship, neither lower nor higher. 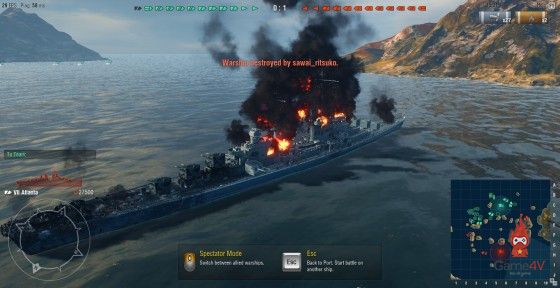 Tracking the map regularly will help you plan your strategy in the best way. Which target should shoot first or which way to attack enemy… has been clearly shown on the map. Your job is to choose the good strategy. 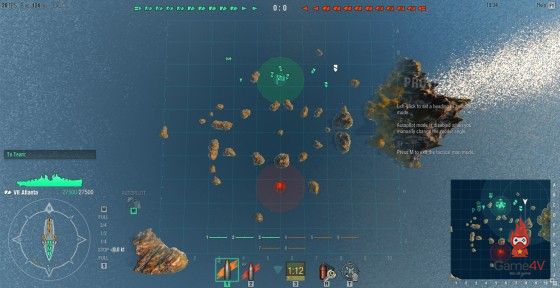 Never be too focused on one goal. This can be considered one of the most important factors to keep in mind when fighting in World of Warships Blitz. In the battle, you should often change your vision to see the whole background and evaluate your current situation. In addition, switching to wide vision also helps you avoid enemy’s torpedoes – the most feared weapon in the game. 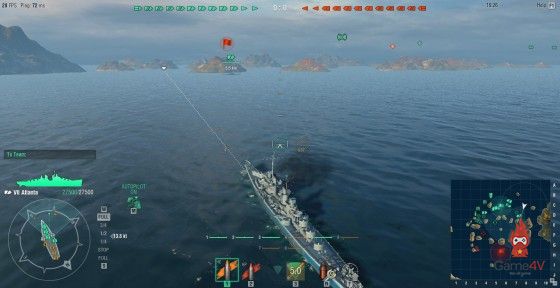 Currently, in World of Warships Closed Beta, the developer only offers players two kinds of battleships including American and Japanese warships. In which, American warships have the advantage of owning a strong firepower but are slow and bulky, so they are easy to be hit. Meanwhile, Japanese warships are able to move quickly and flexibly but with low firepower. In addition to dividing by country, warships are divided into many types such as light warships, heavy warships, aircraft carriers… Therefore, players will select each type of battleship according to their fighting style. 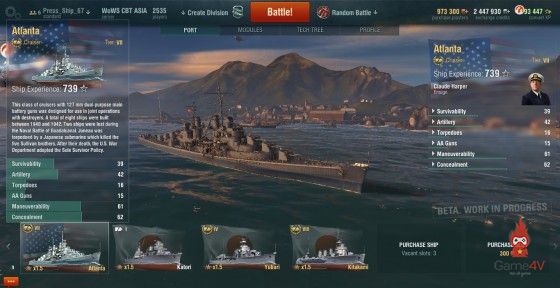 In the game, nothing is easier than standstill. However, moving constantly will make the enemy ship more difficult to shoot as well as will also help you react faster when faced with enemy torpedoes. But you should remember to always control the speed and notice the map. Otherwise, your ship will be defeated silly. 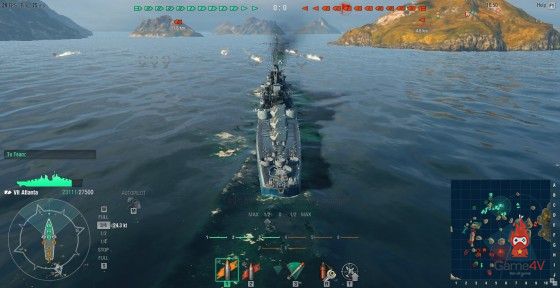 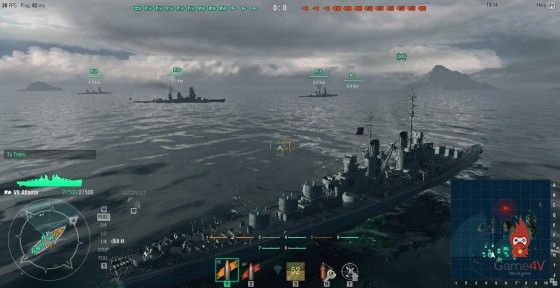 These are all useful tips for you to win this fascinating war game. Below are World of Warships download links. Let’s download end enjoy the game right now!