Trojan War is a mobile game that simulates the famous battle, Troy. The game was produced and published by MegaAdsGames in early 2020. Trojan War recreates the Troy battle in Greek mythology, which was waged by the Achaeans after Paris of Troy robbed Helen from Menelaus, the king of Sparta. Trojan War mobile will simulate this fight. In the game, you lead a Greek army on the road to conquer Troy to reclaim Helen. Please join us to check the game right now!

The gameplay of Trojan War APK

In Trojan War, the battles will take place in real-time. You have to control the units with special abilities to fight with other enemy units. During the game, you must take each enemy territory. After that, gamers can buy more troops. Besides, players can use coins to buy artifacts, armor and equipment to strengthen their army. In each battle, you must balance the resources and upgrade the army. Especially, the game still simulates the tactics of Troy legend, which is using Trojan wooden horses as fortresses for defense or use ancient spells to destroy the enemy. 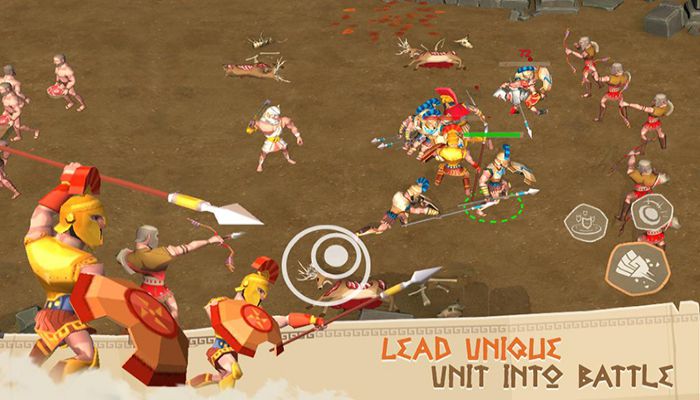 Upgrade your territory and army

In general, the game conquest is quite similar to other games of the same genre. You go through conquest, fight to take the enemy’s leadership, recruit more soldiers and increase your army’s power by collecting resources.

Regarding the territory, after fighting and winning the battle, you will regain the territory of the enemy troops. Then, you have to build and upgrade your fortress. In case of losing the game, you will have to cede part of your territory to the opponent and continue to search and defeat other competitors. 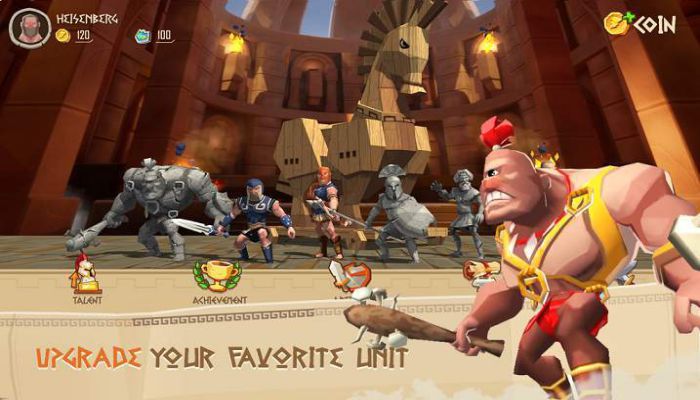 Regarding the military upgrade, after winning, you will have the option of capturing the opponent’s army or not. After that, you will buy armor, helmets,weapons and upgrade the power stats for your army. In every battle, you must balance between using the army and avoiding to waste resources.

Trojan War has quite sharp 3D graphics. Besides, it features the nice colors, details of soldiers, forts, wooden horses… with the realistic movement. Also, the game makes players excited when each battle will take place on a different map, different designs and colors. In addition, the game’s interface is also very intuitive when Trojan War introduces all the weapons and resources on your main screen. 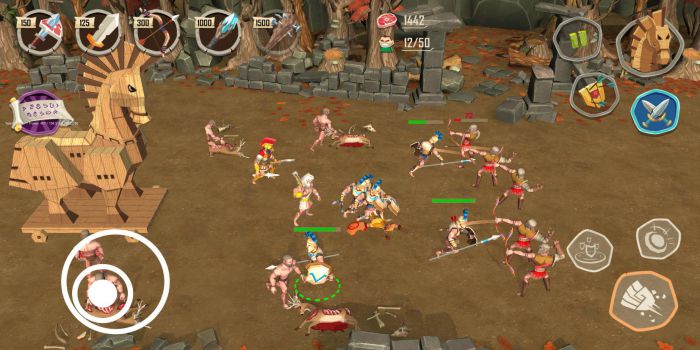 With a lot of improvements in features and many other factors, you can apply different tactics for your army. From there, each game will be a new experience when you try through the unit soldiers, magic and equipment separately. If you are a strategy games fan, you cannot miss Trojan War. Besides, we provide you with the MOD (Unlimited Money) version of the game, which brings you more advanced features than the original version. Readers can download and enjoy the game at the link below. Thanks and have fun!