Ultimate Lion Simulator is an interesting game that simulates the wildlife of lions. It is made by Gluten Free Games – a famous game maker in Miami, Florida, the US. After half a year of releasing the first version, the company has improved, upgraded new features for the second version. The second one will be released in late January 2020. Ultimate Lion Simulator 2 APK will take you deep into the life of the wild lion, including finding food, competing with other lions and hunting to sustain life. If you have ever seen the movie Lion King from the director Jon Favreau, you will find some similarities in Ultimate Lion Simulator 2. 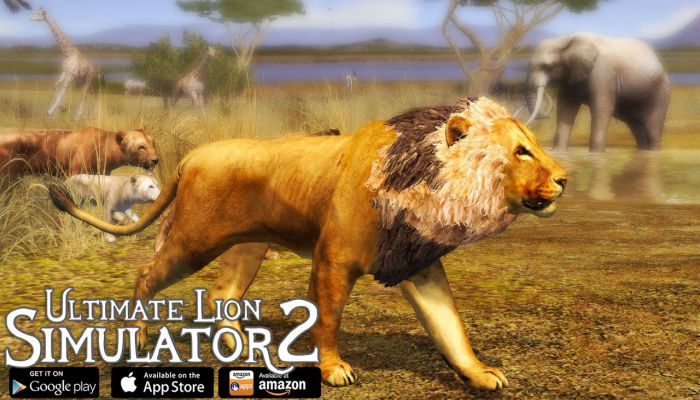 Have you ever envisioned the life of a mighty lion with the power to rule all species? How does a lion hunt and survive? Please join Ultimate Lion Simulator 2 APK. It will be a valuable experience for you. Besides, the game is a great simulation of the wildlife habitat, where lions and all species live and compete together in an engraved world. In which, the strong can survive, and the weak have to go away or die.

The game is like an animal world show or a movie about the subject of wildlife. But in Ultimate Lion Simulator 2 APK, you can experience more than that, in which each gesture, action, and a decision will directly affect your character. 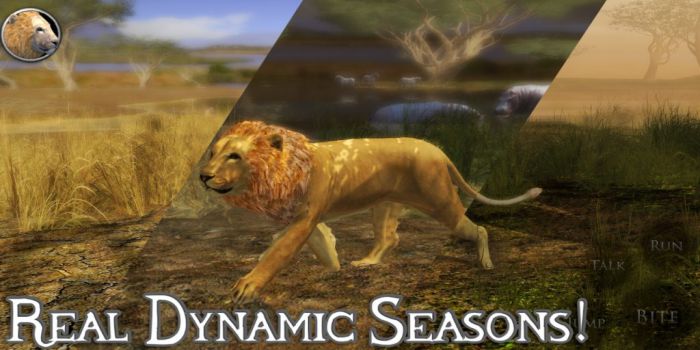 Like the first version, you will only be a small lion at the beginning of the game. After that, you will practice how to eat, upgrade your power, unlock special abilities and hunt other animals like hyenas, gazen, impala, elephant, rhino, snake, crocodile… Besides, you can customize the appearance of the lion, from fur, mane to eyes. The game creates a realistic 3D environment, making you feel like you are living in a jungle. 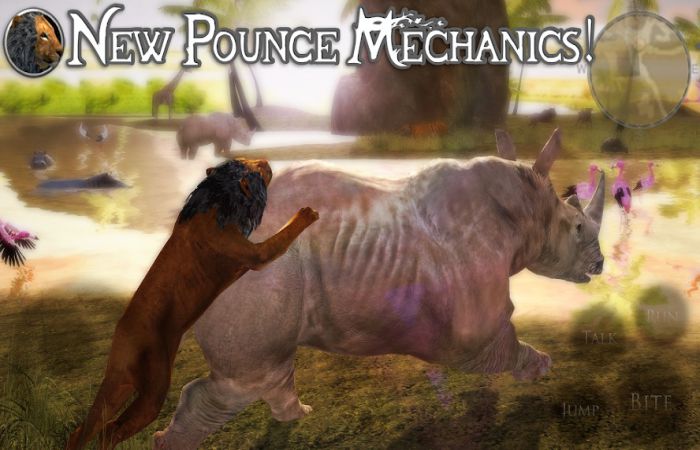 In Ultimate Lion Simulator 2 APK, the interface is different from part 1. In the previous version, you can easily recognize many energy bars on the screen, such as HP bars, or indicators of foraging and training progress. This makes it easy to get used to, but it lacks authenticity and sometimes feels a bit distracting. Instead, Ultimate Lion Simulator APK 2 has removed all the toolbars. If you see the lion hungry or thirsty, it will go very slowly that will be closer to reality. The stats will be hidden in the menu section, which will also require you to watch more to see your lion grow up day by day.

In addition, the graphics of the Ultimate Lion Simulator 2 APK will be much more upgraded than the first version. In which, the gestures, running actions or snatching will be more flexible; the images of trees, hills or lakes would seem more real. After you experience the game, you will find that you are not satisfied at all with its graphics. Firstly, the images appear quite slowly. It is sometimes blurred when moving fast. Secondly, the image of the prey is quite awkward. 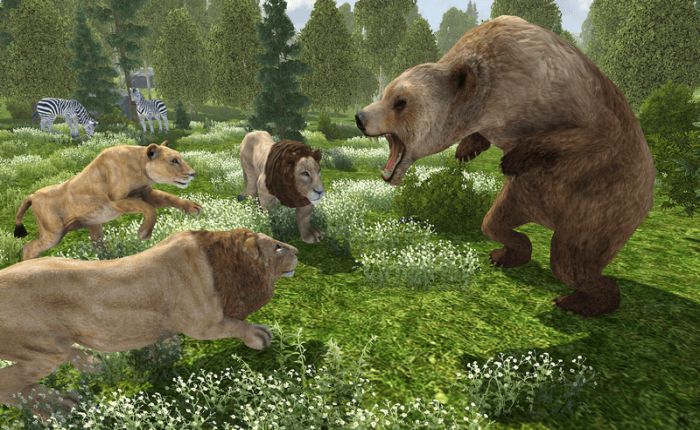 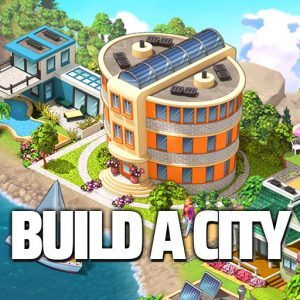