Virus War is an interesting anti-virus action game. When you look at the name of the game, you may think of a hospital simulation game or some idle game. But Virus War APK MOD belongs to the shooting genre, which was inspired by Chicken Invaders. Besides, it is a perfect combination of two familiar games, including Ball Blast and Space Shooter: Galaxy Attack.

Virus War MOD APK (Unlimited Money) was released by Kunpo, a Chinese publisher. This name is quite new to the gaming community. We can mention some of their games like B.I.T or Loner. Since its release, Virus War has reached more than 5 million installs on Google Play, and that number is increasing. People are crazy about the addictive nature of this game. Please join us to check it right now! 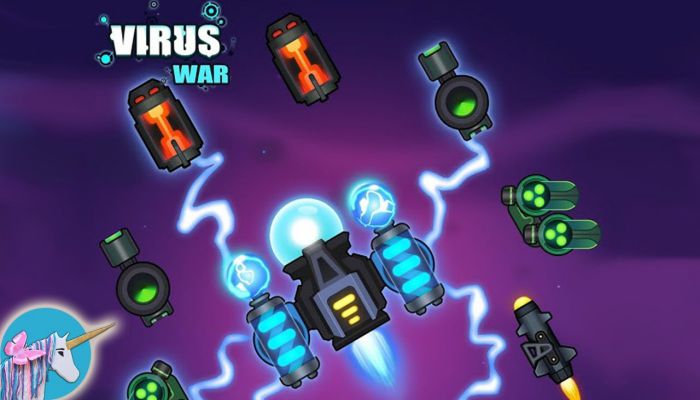 As mentioned above, Virus War is a combination of Ball Blast and Space Shooter. Players can control the whole game with just one finger. The gameplay is extremely simple, in which you hold and drag your spaceship to move, and shoot. Besides, viruses will appear from the top of your screen. So you can control your spaceship from the bottom side of the screen, which is very intuitive.

After destroying all the viruses in one game screen, you will move to the next level. However, you should be careful during the game. As long as a virus touches you, the spaceship will be destroyed. At some stage, viruses appear a lot. Almost your screen is covered with viruses. At this point, you need to move very skillfully otherwise will fail. Actually, you do not need to destroy all viruses on the screen. If you encounter the virus bosses, you have to try to cleverly avoid them. Viruses will fly over your screen instead of bouncing back like Ball Blast. Instead of having to destroy all enemies like Chicken Invaders, you can let them fly over and wait for the weaker viruses. 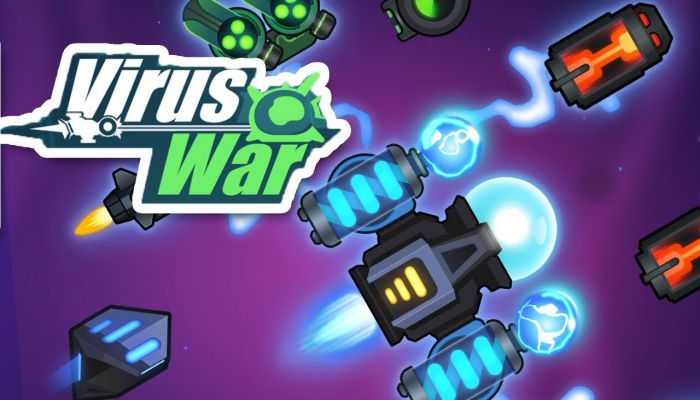 If you do not want to be killed by viruses, you have to try to destroy them first. However, the higher the level is, the stronger the virus will be. Therefore, gamers will need to upgrade their weapons for more power. After each game screen, you will receive a certain amount of coins, which will help you open new weapons and upgrade them. After completing level 5, you will unlock additional weapons. Also, the main weapons include two upgrades, Firerate and Firepower. The secondary weapon also has two items to upgrade, including Strength and Firepower. Depending on your tactics and playing style, you can upgrade these two weapons at will.

Virus War has a similar feature to idle games. On the right side of the screen, you will receive a passive amount of coin per second. You can invest in bonus upgrades to get more money. This is an amazing feature. At the moment, instead of having to play the level again and again to get money, you can relax and get passive bonuses. 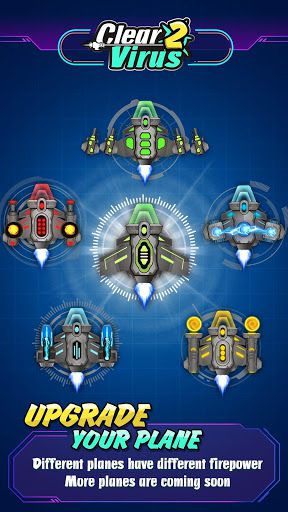 This is a very interesting concept. Viruspedia is a place to store all information about the viruses you have faced. Each type of virus has different capabilities. You need to know this if you do not want to fail. For example, Healer can recover from other viruses it; Shifter can accelerate unexpectedly. You can distinguish them by their colour. Viruspedia has complete information about the virus capabilities and tips to destroy them. In particular, you will receive a small number of diamonds when completing the task of Viruspedia again. YOU should not miss it.

There is not much to say about the graphics of Virus War. The game is designed with colourful 2D graphics. We enjoyed the feeling when the laser destroyed the virus. The visual effects and the sound are very impressive. Although many objects appeared on the screen, Kunpo still knew how to avoid distractions. 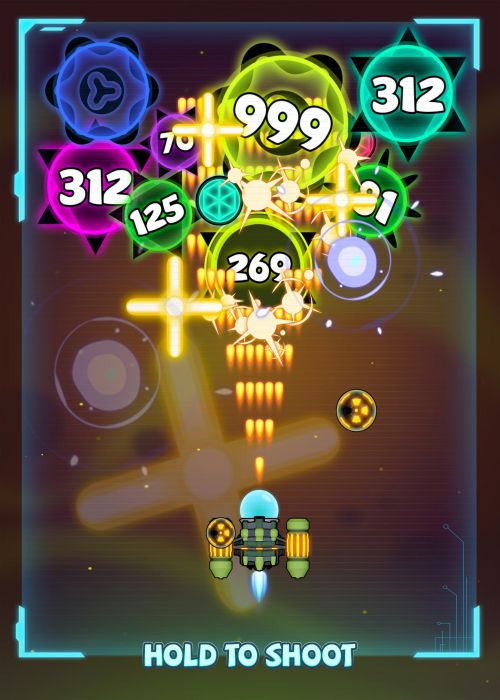 With so many intense battles and hundreds of different viruses, Virus War APK MOD is said to be an exciting gaming experience for all gamers. In this article, we would like to provide you with the mod version of the game named Virus War (MOD Unlimited Money). It allows you to use the unlimited budget for purchasing and upgrading weapons. Readers can download the game at the link below. Thanks and have fun!