World of Dragon Nest APK MOD is an interesting open-world game from the developer Nexon. It possesses intense stories, a smooth character control mechanism and an impressive visual system. World of Dragon Nest APK MOD builds an open world for the fans of action MMORPG. In which, players can adventure in the vast world. With a variety of maps, elaborately designed images and vivid colors, you will love this game right at first sight. Please join us to find it out right now!

In every RPG genre, the character classes are a major part. Players start the game by choosing their favorite character in 5 classes, including Archer, Cleric, Sorceress, Warrior and Slayer. Each type has different strengths and is designed according to a specific playing style. In which, Archer specializes in long-range attacks and with high critical damage opportunities; Cleric focuses on using spells and “buffs” to lower stats; Sorceress can make the greatest damage based on magic; Warrior is a comprehensive tanker, capable of damaging and protecting other classes with incredible defensive attacks; the agile Slayer, who is a master at making the enemy lose the blood. 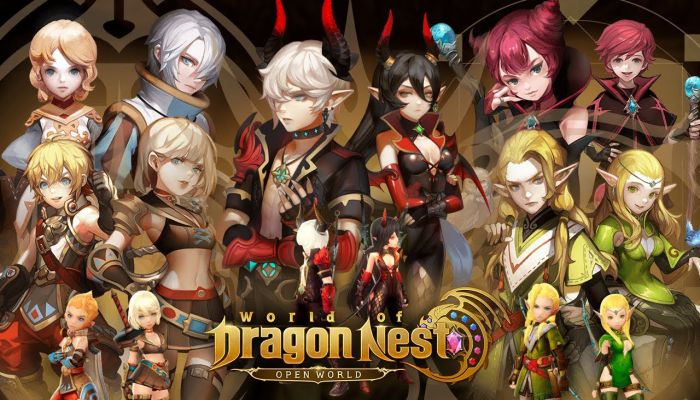 • Single PvP 1: 1 Mode – Join a real-time battle where you compete with another player in the arena. You have to try to win the final.

• Team PvP mode – Join a team battle. In which, each team has a maximum of 4 players.

• Prepare to experience exciting new levels in Free for all system mode, in which up to 8 players can participate in combat.

• Up to 200 players can participate in the battle in Siege War mode. 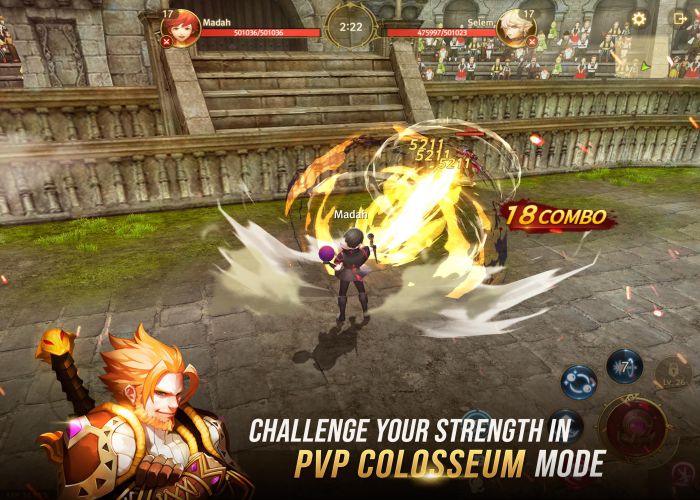 In World of Dragon Nest APK MOD, the character’s control is extremely easy to use. Gamers just use the virtual control keys on the left of the screen and the attack buttons on the right. Also, the game has an Autoquest button on the right side of the screen, which helps your character automatically complete the quest.

Besides, the game progress takes place like most other role-playing games. The story will unfold as you complete the quest and talk to the key characters. Every time you complete a new mission, you will receive some experience points and special items.

Although most quests can be completed by one player, many co-op quests require you to team up with friends to defeat stronger enemies. Besides, players can also confront other gamers in PvP mode. 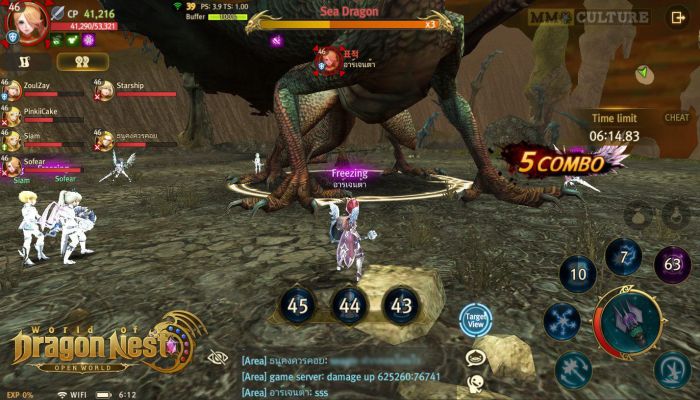 Although the game has not been widely released worldwide, it attracts gamers with beautiful images. You can see them through the first images in the trailer. World of Dragon Nest is designed based on 3D graphics and the background of the ancient world like beautiful mountains, castles and planets. Also, the game is equipped with an extremely impressive movement system, which will immerse you in the world of the game.

Currently, the game is only available in some countries such as Thailand, Indonesia, the Philippines… If your country is not on the support list, you can refer to the way to change the country in CH Play. Besides, we provide you with the game’s APK file, which allows you to play the game for free. Readers can download it at the link below.