Worms Zone.io APK is an online game from the developer CASUAL AZUR GAMES. It is similar to the famous snake game Slither.io. In Worms Zone.io APK, your mission is to raise snakes, fight with other players from around the world to become the biggest creature. Currently, this game holds over 100 million downloads and ranks first in terms of the number of players compared to games of the same genre. Although its gameplay is quite new, Worms Zone.io APK attracts players by creating quite special characters. Besides, it provides players with extremely beautiful effects. Please join us to find it out right now! 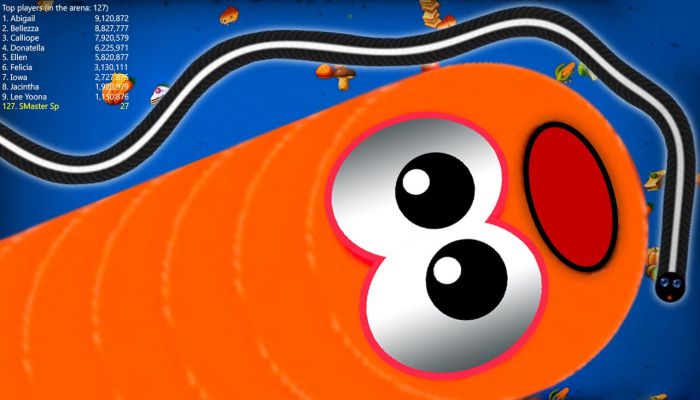 In WormsZone.io APK, the gameplay is very simple. Specifically, players control their snake by dragging a finger on the screen in the direction they want the snake to move. During the adventure, you will encounter food that can be eaten to grow. If your snake grows slowly, it will easily become the target of other bigger rivals.

Besides, there are many tactics for you to become the champions of worms, like fighter, trickster, or builder. But no matter which strategy you go, there is a simple rule to remember: When the snake moves, the player must avoid having his animal crash its head into another snake at all costs. Otherwise, the game is over. On the contrary, you have to try to create traps or encirclements to cause others to crash into your snake’s body and die. At that time, you should quickly eat all the delicacies to grow faster. 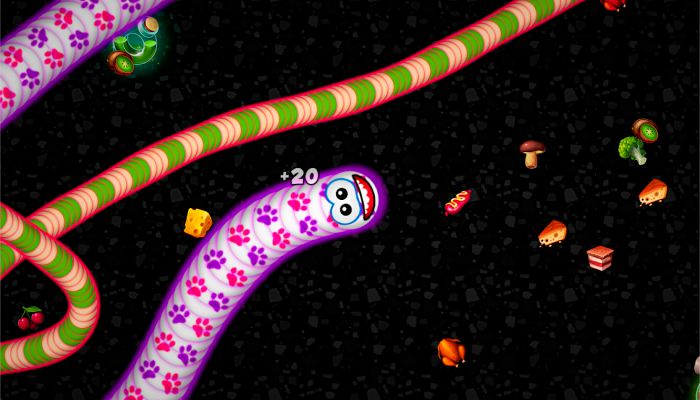 Besides trying to be a champion, there are rewards on the way. You have to collect them to improve your worm stats. For each defeated enemy in WormsZone.io, you will earn a coin to unlock new skins for snakes, or new contexts, even new food styles. As mentioned above, the game has a lot of interesting effects and character shapes, so you should not miss them. 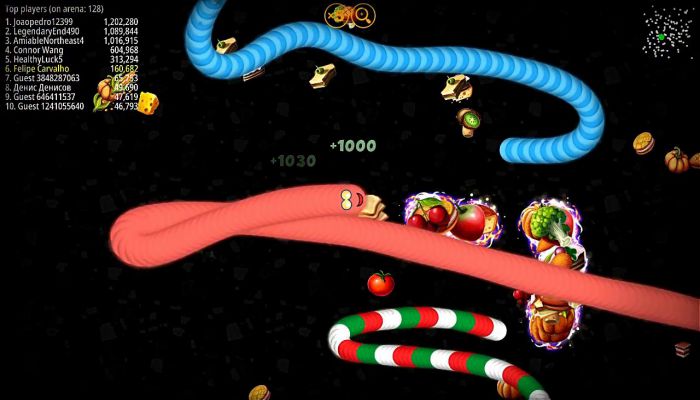 The game has minimalist 3D graphics, without too much detail because you will only focus on avoiding the bigger and longer worms. Also, the game works well on almost the device even the low-end.

Moreover, the background sound in the game is lively, vibrant, stimulating the concentration of players. There are also specific sounds when you pick up food, pick up the supports. They are quite fun. 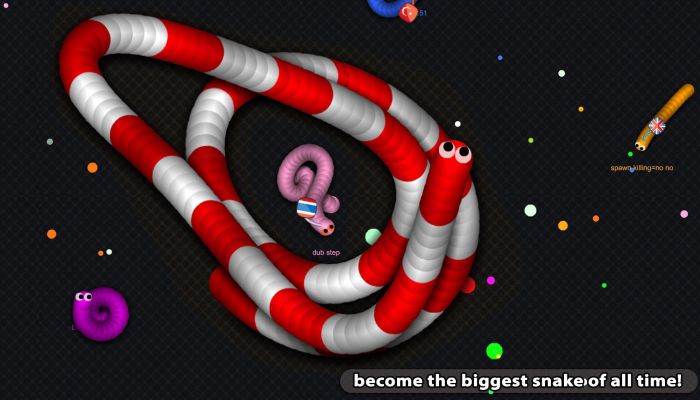 Overall, Worms Zone.io APK does not have too many differences compared to other games of the same genre. But this game will surely fascinate you by its simple gameplay and graphics. It will surely make you addicted and forget all the time. In this article, MODGAMEAPK.NET would like to provide you with the modified version of the game, Worms Zone.io APK (MOD Unlimited Money). It will offer you an unlimited budget to freely unlock the skin and upgrade the stats for your snake. At this point, your game will be much easier and more interesting. Readers can download the game at the link below.